Behind the proces of the artists of TodaysArt with Asahi

Together with our partner Asahi Super Dry – Japans No1. beer – we´ve visited the artists of TodaysArt, taking a deeper look at their process and their search of perfection towards the final piece. Just like the brewers of Asahi who are striving for perfection and their signature Karakuchi taste, these artists will spend as long as necessary working on a piece, placing a lot of value on the process itself rather than just the final result. First up: Gabey Tjon a Tham.

We meet with Gabey Tjon at her temporary studio at the Science Centre of TU Delft. Days away from having to pack all her work station and move to De Electriciteitsfabriek to start the build-up for TodaysArt Festival. Gabey is still fine-tuning her installation, which will be completely finished only when already on site. We have a conversation with her to learn more about her process and work ethic, and the specific piece she has been working on for the past year, titled ‘If/then’, which will be shown for the first time at our exhibition in the monumental turbine hall of the Netherlands’ oldest power plant.

Tell us a bit about your creative practice and work, what does it center around and what do you try to convey?

I make kinetic installations, that produce light and/or sound, and transform spaces into multi-sensory environments.  The topic where my work centers around is this common area where nature and technology can coexist. I see technology as part of being human, and I’m researching the more human side of technology. Instead of seeing it as something that is different from us, I believe that since we made those technologies, it’s natural for us to create them because we need them to survive… so they are part of our nature.

Human nature is quite imperfect, do you see technology as perfect?

No, I think technology is never really perfect because I feel technology is also a reflection of human behavior. For example, when algorithms are biased to a certain gender or ethnicity, it’s because humans have programmed them like this. It’s good that we keep reflecting on these technologies and keep improving them and changing them to something that is more and more realistic. 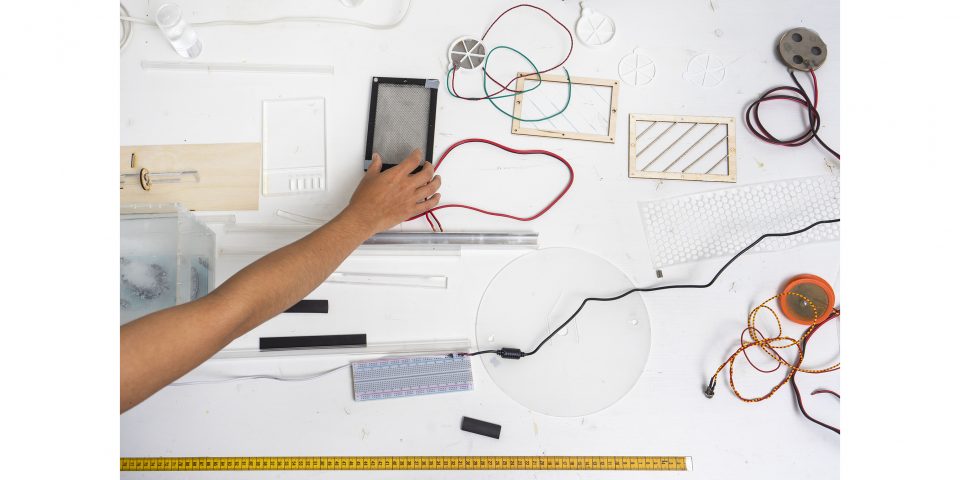 When did you first get into art?

During my childhood I spent a lot of time playing classical music, I played the violin and piano. I also always liked to draw. So, in a sense I come from this more traditional field, but also for me it feels I come from this world of intuition, and of things that are not rational, like technology. That has always been my aim, also in my own work. My work still has to be intuitive and appear natural or has to have a will of its own. I also consider technology as a material, the same as a pencil, or clay… something that I have to sculpt and that I have to get to know; it’s a dialogue between me and the material, between me and the technology. It’s also often really a fight.

Because this technology is characterized by this rationality and you have to know clearly what you want it to do.

That was another question I had, how much preparation goes on before a work and do you wait to have a clear idea of the work in your head before you do anything or just start creating?

It’s a mix of different processes. I work on a piece quite long, because there’s a certain topic that I want to research. Around two years is normal, also because I have to look for funding, places that want to show my work and people who I want to collaborate with… Also, it’s partially technical research, it’s conceptual research, it’s theoretical research, as well as then the creative part. 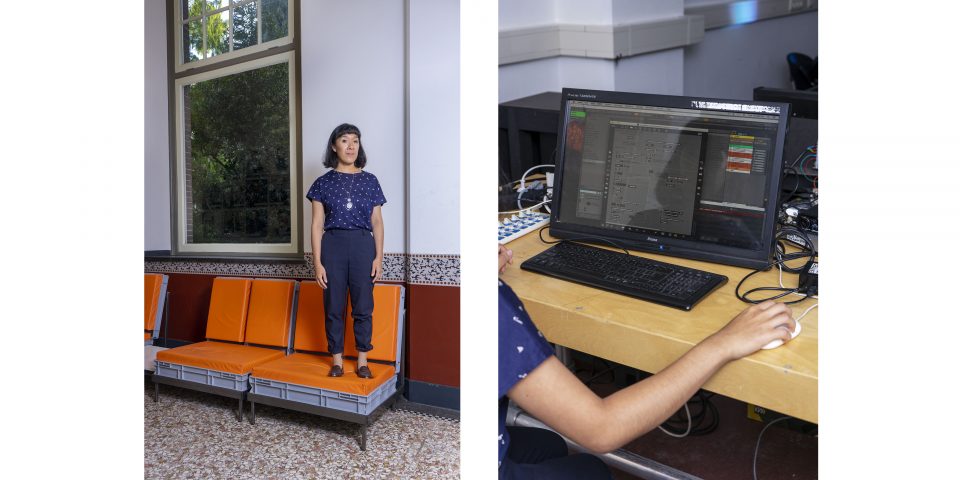 Has it changed a lot from the beginning to now?

In a sense yes and in a sense no. The essence is the same, but the form has changed. I had these two ideas, one of a sound composition that consisted of raindrops that create a cloud texture and density and then I had this wave-machine that I was intrigued by and I was like how do I combine these two ideas together. At the same time, I was reading a lot about Quantum Mechanics, and this wave-particle duality and saw that I could combine these two things. Also what I realized about quantum mechanics is that it researches how nature really works and that it’s totally different than how we perceive things, because our senses are not equipped to perceive them. Quantum mechanics is the science that describes nature at the smallest scale of energy levels, atoms, and subatomic particles, and how these interact with each other and construct reality.

And how do you show that with this work?

The whole installation will behave sometimes like a particle and sometimes like waves. You can see the wave as a cloud, where things are still random and undefined, and something becomes a particle when it interacts with something else, for example, light. The title, IF/then, is inspired by a fundamental computational process. For me, the quantum reality became the common ground where the natural and digital can meet. Also, since all of our digital technologies, today could not exist without quantum mechanics. (The invention of the transistor, for example, made it possible that everything could become smaller and smaller.) 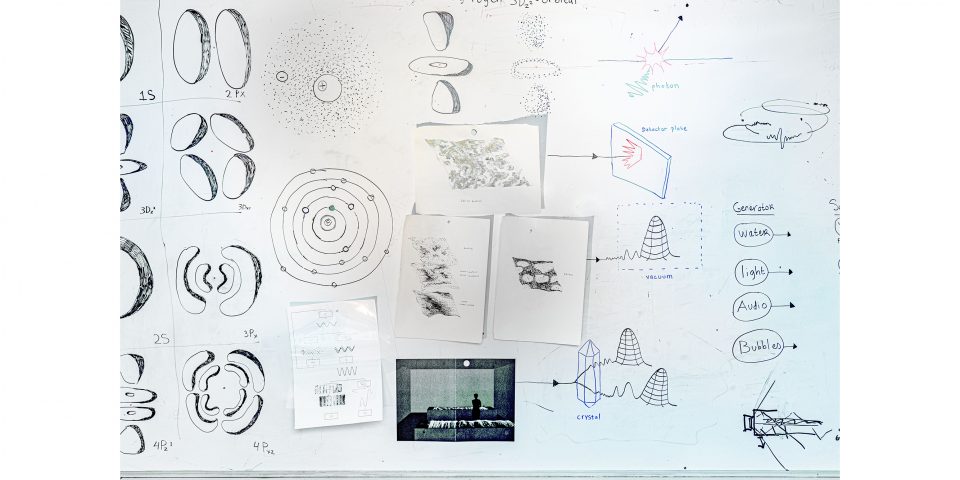 With what mentality do you tackle any new work and challenge?

Is there any work by any artist that you consider perfect? Or that comes close, at least for you?

When I was still in art school I really admired Ryoji Ikeda and he was one of my inspirations to do this kind of works. Because he goes so much into detail of small things, and his work is something that you can keep on looking at and it never gets boring.

Since you have such a long process to create a piece, and you try many different things and are constantly improving it, how do you decide on the final form, the fine-tuned concept… how do you know when it’s “perfect”?

That moment comes when I become the audience of my own work. When I can get surprised each time that I’m looking at it. And if it does something that I didn’t expect.

Come experience the installation of Gabey Tjon A Tham amongst many other breathtaking and mindbending artworks, while enjoying the dry crisp taste of a cold Asahi beer at the 15th anniversary of TodaysArt Festival in The Hague.