Behind the proces of the artists of TodaysArt with Asahi 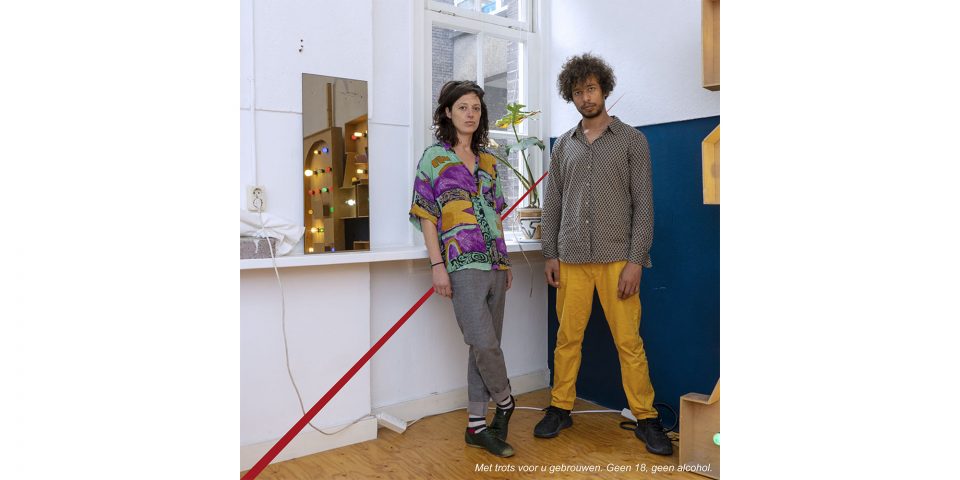 Together with our partner Asahi Super Dry – Japan’s No1. beer – we’ve visited the artists of TodaysArt, taking a deeper look at their process and their search of perfection towards the final piece. Just like the brewers of Asahi who are striving for perfection and their signature Karakuchi taste, these artists will spend as long as necessary working on a piece, placing a lot of value on the process itself rather than just the final result. Next up, Tarik Barri and Lea Fabrikant.

Tarik and Lea welcome us in their temporary living/working space at DCR Studios, where they have just moved into barely an hour ago. The software they use for their performance, which Tarik himself created, is being built and developed constantly, as so does their piece. Theirs is an ever-evolving process and work, their performances are only a singular expression of it, unique and totally subjected to its time and context. Almost like perfection, the final form of their performance is something that is never reached. In between suitcases, bags and cables, lots and lots of cables, we have a chat about their ongoing collaboration, recently baptised as “Zo”, how the process and the feeling surrounding their upcoming performance at TodaysArt has been different this time around, and their own idea and definition of perfection. 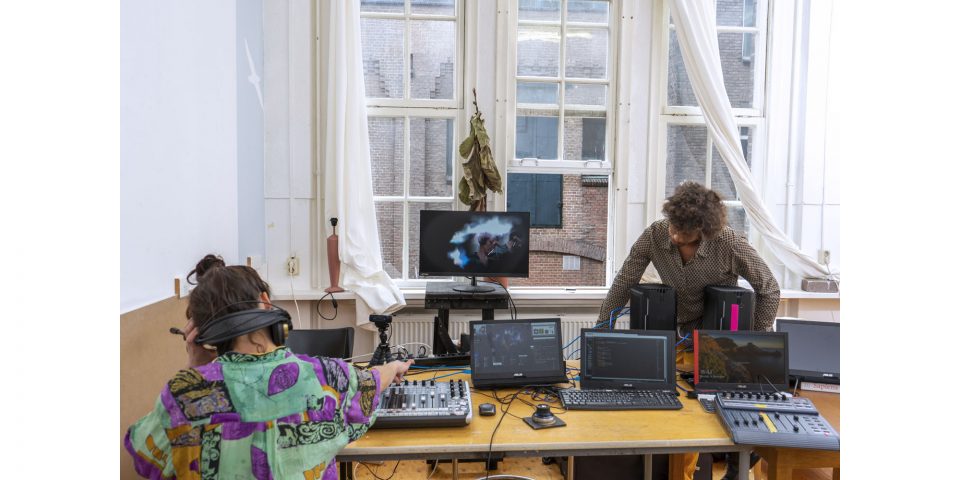 Lea: I was born in Riga and  we moved to Israel when I was two. My mum is a professional classical musician, and very early on she made me study piano. It was a very classical and strict training; it was difficult to find the joy in it. I was playing piano and composing until I was 18, and then I took a complete break from music for a few  years. Then I was living in Berlin, and the digital and technical world, which was something very foreign to me since I come from a very analogue and instrumental background, gave me a new access to creating music. About 6 years ago, Tarik said that he had gotten us a date and venue for a performance in a few months’ time, and that was our first collaboration. It was quite an insane mix, combining this programming genius geek that is Tarik, and me, someone who is all about feelings. Since then, we’ve had a lot of re-births and remakes of this collaboration between the two of us… and what about you, Tarik?

Tarik: I grew up almost from the beginning expressing my creativity through digital means, both in sound and in visual.

Lea: His mum gave him a programming book when he was like 5 or 6!

Tarik: Yeah… because she saw that her son was very bored. We were living in Saudi Arabia, there weren’t many friends around and it was hot outside, so I was spending a lot of time at home and I was very interested in the computer. I discovered that I could write some words and make the computer do stuff, making little noises or playing little melodies. We had an MSX computer, and so my mother got some MSX magazines, and I started just typing the stuff that was in there and watching what that did. I do clearly remember not knowing anything of what that was supposed to mean, but after a while I started understanding. So, I got to know how programming works through playing. I came back to the Netherlands when I was 10 years old and had to spend a lot of energy becoming social, understanding how hierarchies within humans work and all that. There was a lot of readjusting and I didn’t do as much with computer programming for a while, but then at 15 I got into making music through digital programs. Later during my studies on Music and Technology in Utrecht I saw how I could use this programming thing that was still in the back of my mind to create music, and also how to combine programming and music to make visuals. A little later, I developed my 3-dimensional music program where you can fly through music in 3 dimensions.

ON THEIR WORK, AND WORKING TOGETHER

Lea: There is a 3-dimensional audio-visual space, which is empty. Our performance is paving this space, placing audio-visual entities which contain the image and sound we choose to show. They are being placed in this universe and also manipulated and distorted by the sound. When that happens, they are also visually distorted, so they are completely interactive. So we are building this virtual audio-visual universe.

Tarik: Of course, the computer and I were teaching Lea a lot of things, but she was also, from her angle and different approach, teaching me and my computer a lot of things. She always had all sorts of requests and questions that triggered ideas, or made me question something else in return… It forced us to think more and our work has been changing and evolving through a process of mutual questioning. Now we’ve been doing it for 6 years, but one problem in the past was a little bit to get the engine running, doing a performance once and then not doing it for quite some time, having all sorts of other projects in between. That meant that every time again, we sort of felt like we didn’t know what we were doing. It was clear to both of us that we had something that’s potentially amazing, but always felt a bit out of control. Now, we want to try and keep the engine running. 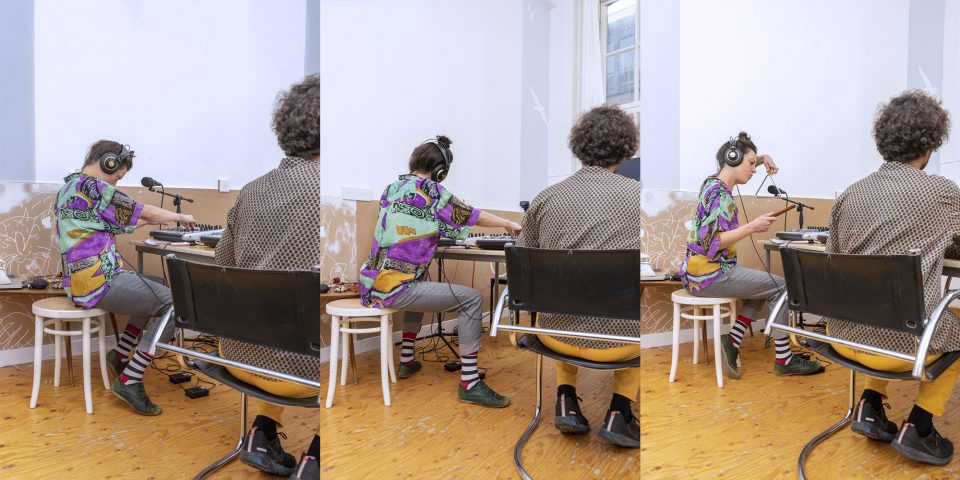 Lea: I think it’s now becoming more and more conscious. Especially in the past period, we have had more time to concentrate on that, to refine and listen to it, and fine-tune what we actually want to say so it becomes more conscious. Before, it was a little bit like we set a table with some chairs around it, but brought 70 people into the room. So yeah, some people will have a nice dinner, but the rest will stand. There were a lot of ideas, but only a few of them were implemented, and now it feels like we’ve put some rugs and cushions in there and everyone can sit. It feels like we can now all chill and eat together.

Tarik: We both like to let things evolve. And we are generally quite clear on what we like and what we don’t like, and what is a wrong path for things to go to and what’s the right path. In any case, for me, as I’m working, it’s always been that, programming and creating always goes side by side, there’s never been a moment where the software was done, it will keep on growing as long as I’m creating.

ON THEIR FEELINGS ABOUT THE UPCOMING SHOW

Lea: I think that doing the two-week residency around TodaysArt at Studio LOOS, which was a wonderful space to work in, has given us time to concentrate and to be able to focus and be present in this moment. We made crucial developments. Because of that, the feeling I have surrounding our performance on Friday is completely different. We’ve had the chance to focus on our process in a much more detail-oriented way, and for the first time, I’m not stressing about whether things will actually work or not. It also  feels much more honest now, it can be much more intuitive and more based on how we are feeling on the go of the improvisation. Before, we felt like we always had to take the public into this big epic voyage through this universe for 40 minutes.

Tarik: Yeah, now we make little beginnings, little ends, nice little packages. It is a bit of an intimidating thing and maybe also a bit heavy both for the audience and for us if everything needs to be this big, epic thing.

Lea: There is also some silence in there now, and it feels much more honest. Because I am a mess, creatively as well. I have a lot of stuff that I want to say, and Tarik has a lot of stuff that he wants to say, and there should be this trust between us and also with the public to say: ‘OK, I am here now, give me these 40 minutes, join us on this journey and see where we are at.’

ON THEIR NEW SELF-GIVEN NAME, ZO

Tarik: In a way, it’s like getting married, sometimes you do an official union by giving the collaboration a name. Some people say about things like marriage that you don’t need it because if you like each other then you can stay together… Well actually, I think rituals are really nice and these symbolism-things are also concrete reminders. Even though it’s something abstract and just an invention like a name, or a marriage, it’s still something that can remind you of what you are actually doing, and I think it’s nice to have such a reminder, for yourself and also for the people around you. 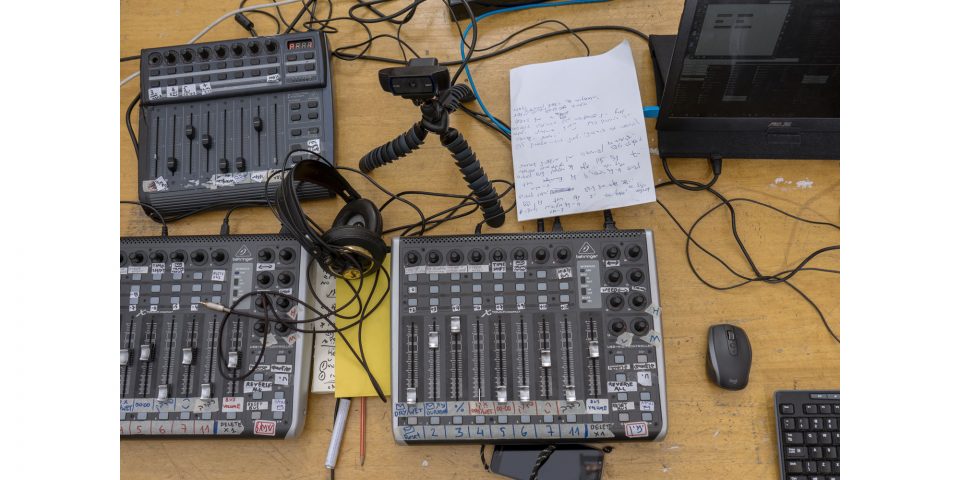 Lea: For me, perfection is an endpoint, and you never reach it, otherwise you’d be dead. But thinking about how I would redefine what perfection is for me… I guess it’s more about how we all have these ideals, meaning we have a direction and specific path that we are choosing to take. To me, perfection is the journey there, how I’m walking the path.

Tarik: I think that if you are striving for perfection, you are striving for something that you know. You have to have something in mind in order to be able to achieve it, which means it exists already, it has to be already present. I also have my own form of perfection which I’m definitely striving for, but it’s something different. This form of perfection is something that feels like a trip maybe, or like having a really great unexpected time where a lot of random stuff happens. It’s more like those times when you get into a flow, and that flow is always going to be in between yourself and the outside world, and that includes all the imperfections and irregularities. Take a mountain for instance; that’s fucking perfect, even though there’s all this rocks there, just randomly. But that is exactly the form of perfection that that can take. A bunch of forces that give it its shape, which are also very clear and defined, and also a little randomness that interacts with those forces… That is my form of perfection. 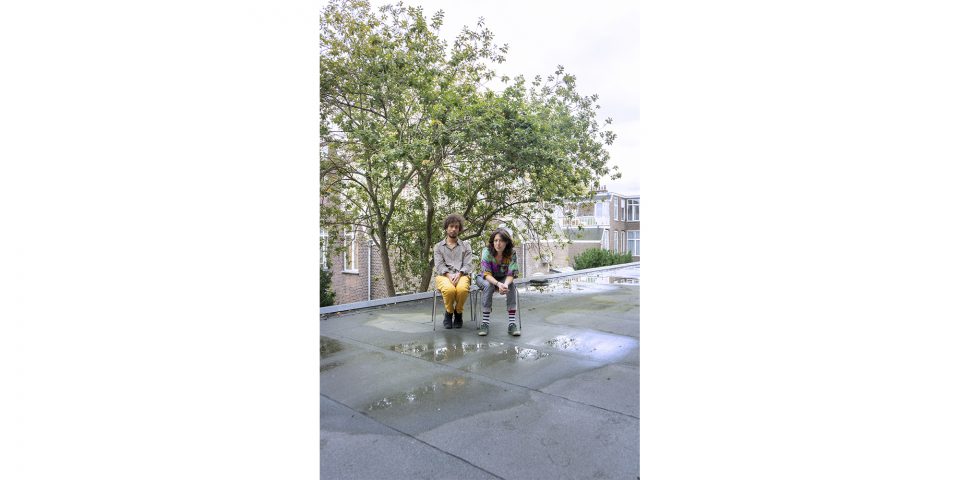 Come experience the world premiere of  Tarik Barri and Lea Fabrikant new project Zo amongst many other breathtaking and mindbending artworks, while enjoying the dry crisp taste of a cold Asahi beer at the 15th anniversary of TodaysArt Festival in The Hague.