Immerse yourself into an otherworldly experience of light, sound and space.

GET YOUR TICKETS FOR THE DAILY SHOWS HERE

Extra Live Concert with Boris Acket and Maarten Vos on Saturday 3rd at 22:00

Bach’s music has often been described as “mathematical” or “pure.” This is due in part to the intricate structures and symmetries present in his music. Symmetrical arrangements and repetitions were typical of compositions in Bach’s time, but no one else approached his innovation and mastery of these forms like Bach. While symmetrical elements can be found throughout Bach’s body of work, these elements are most apparent in his later pieces, particularly his Canons and the famous Cello Suites.

SECHS brings Bach’s heritage together with modern composition techniques and a refined kinetic light sculpture – emphasizing and re-interpreting his innovation in symmetry, repetition and composition. Following the likes of Wendy Carlos’ critically acclaimed ‘Switched on Bach’ — the first electronic interpretation of Bach’s work — and later re-interpreters such as Max Richter for Vivaldi, Acket & Vos present this completely new rendering of one of the world’s most influential composers. Together with the kinetic light sculpture by Christopher Bauder and spatial sound innovators 4DSOUND the composition is translated to a spatial immersive experience.

The result is an awe inspiring interplay between music, spatial sound and technology, between historical composition and current techniques. The sound and light sculpture will come to life in the monumental church ‘Zuiderkerk’ in Amsterdam’s old city centre, completed in 1603. 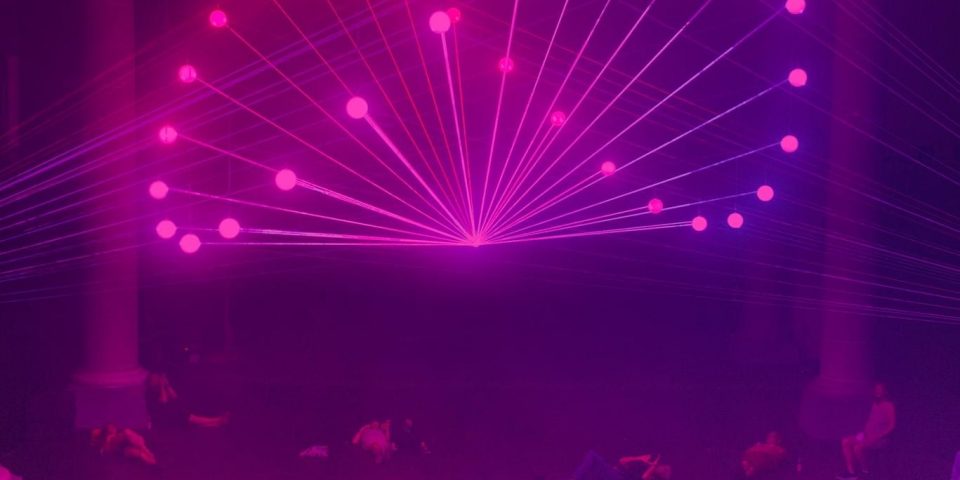 SECHS is based on Bach’s sixth cello suite. Not only the music, but also all aspects surrounding it are based around that number 6. Audiovisual artist Boris Acket says: “Because Bach was always very involved with mathematical structures, we opted for a visual form that could reinforce the mathematics in a poetic way. For example, we use 3 lasers, 30 spheres and 90 beams. Everything has that 3 and 6 division in it, so that we can play the instrument in a certain way in every scene.”

For SECHS, Boris and Maarten collaborated with 4Dsound, a company that develops software for spatial sound. Together with them they have developed a new tool. “That tool works a bit in such a way that you have source-based sound that you can move freely through the room. That source can have a certain shape and a certain size. For example, you can also put virtual walls in the room that cause reverberation or delay. We then link that spatial sound very directly to the light. The light can at some points be a very literal representation of all the ‘strings’ we have in our instrument. Sometimes you just want to get rid of that a bit and the light forms more of a sculptural image for a scene. In the process, the first one was especially interesting to make.”

Composer Maarten Vos is recomposing two movements from Bach’s sixth cello suite. For weeks he has been recording cello in the studio and a number of pieces have emerged from that. “In the studio I recorded every note on the cello chromatically in all kinds of different ways. Short and long notes, but also all the other techniques and sounds you can make on the cello. I tried to get as many different timbres from the cello as possible to in the compositions. Just the way you use the stick on the string you can make so many different colors. For days I recorded note by note with every possible technique. That was a fun experiment! As soon as I came up with a new timbre with had found an extended technique, I recorded a chromatic scale with it.” 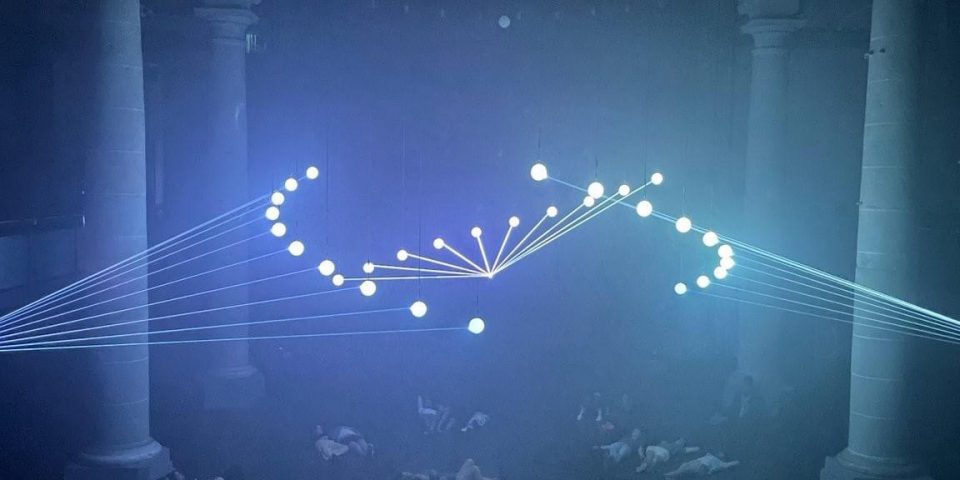