It took us three years to get him to The Hague and we are proud to say that, for our 2016 edition it has finally happened. As one of the highlights of the festival we presented ‘Disarm’ by the Mexican artists Pedro Reyes which was exhibited at the historic Pulchri Studio from August 27nd till the 25th of September.

Disarm is a second generation of instruments built after Imagine (2012), also using the remnants of weapons that the Mexican army had collected and destroyed. The second series is made up of eight instruments that were created in collaboration with a team musicians and Cocolab, a media studio in Mexico City. These machines are mechanical musical instruments; they can be programmed and operated via computers, making them capable of performing music concerts with compositions prepared beforehand.

The various parts of these automatons are recognizable as shotguns, pistols and rifles; while they no longer pose the threat of physical harm, they keep the sheer might of their most recent purpose. Now, these former arms strum, ring, crash, hum, and vibrate at different volumes and intensities to express elaborate compositions with a wide range of sonic nuances.

Making art about guns, you can easily be seduced by the object itself, so the result may wind up praising or glorifying the object rather than critiquing it. Because of the pacifist purpose of this project, the message has to be clear so that the idea has currency for a general audience. 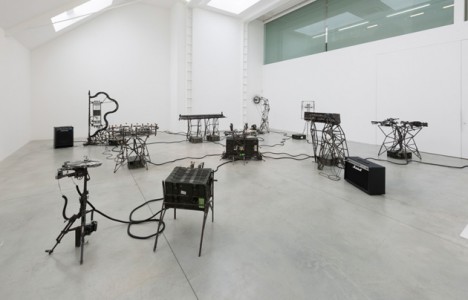 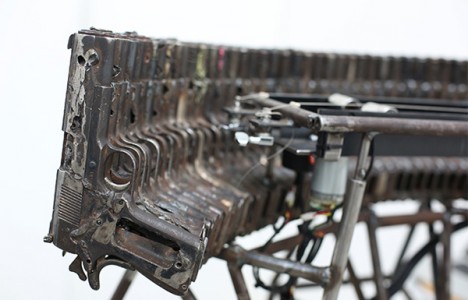 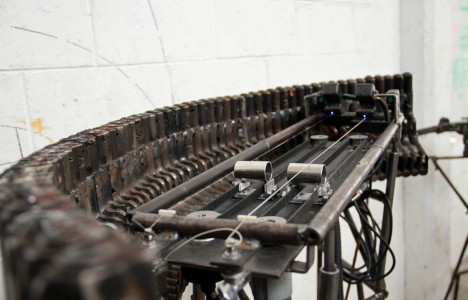 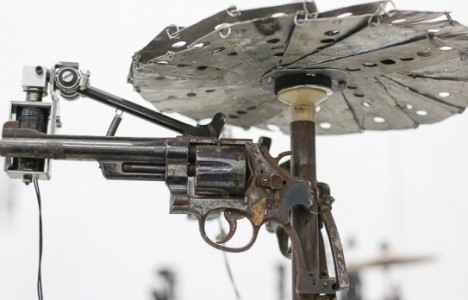 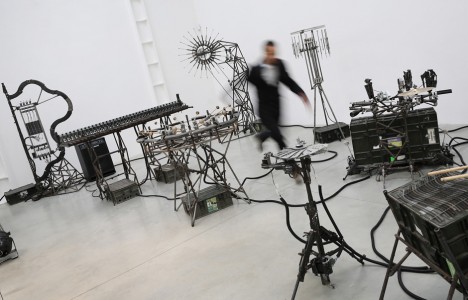 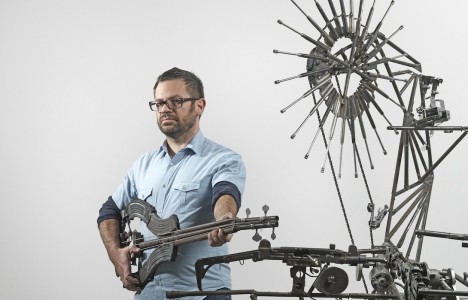 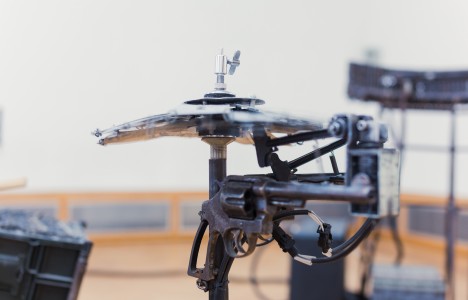 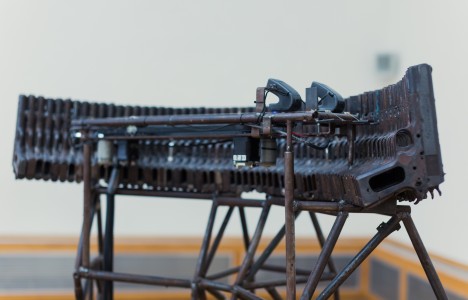 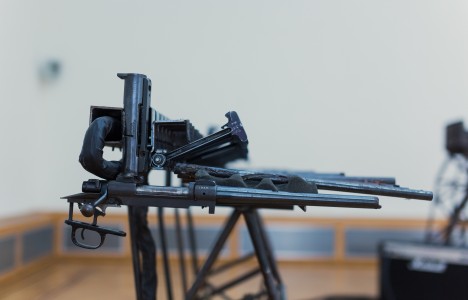 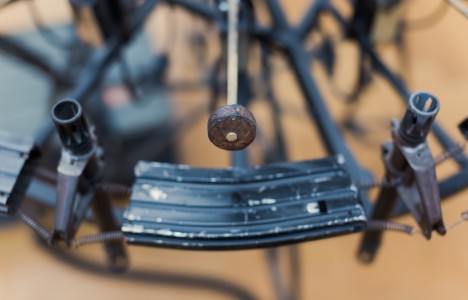 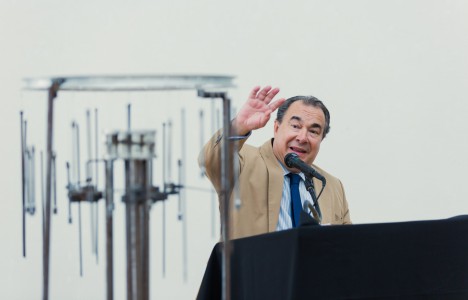 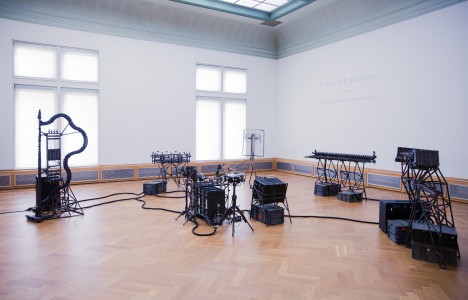