This performance is not just any performance. It uses instruments, but highly unusual ones; the instruments are trains and trams, bicycle bells and the Central Station-building itself, including all the people present. As a part of the performance, in cooperation with NS (=the Dutch railroad company), a whole range of trains and trams will enter the station in a strict choreography called The Tsunami, with all the train and tram engineers working together. Sounds from travellers will also be amplified through microphones as part of the performance. Achim wollscheid will use computer-driven magnets that play the bicycles in front of the Central Station like a toposonic typewriter.
For the TodaysArt festival in The Hague we applied the idea to use architectonic elements as sound devices to the The Hague Central Station, in collaboration with Mike Reinirse, Erik Hobijn and Mark Bain. To explore the train station as a sound source, we transformed it into an instrument, using the train movement in the station as faders for the mixing of 10 train horns and station sounds. This resulted in an intense  30 minute concert, that even lead to hysteria of an unaware train passenger. 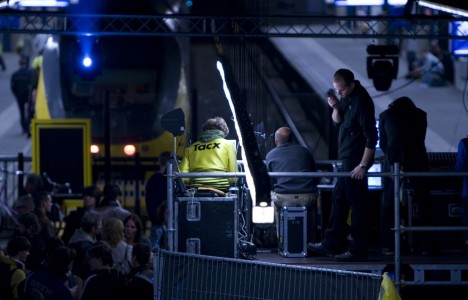 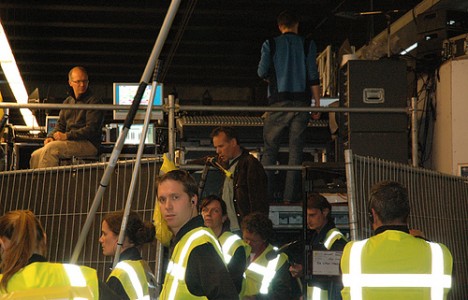 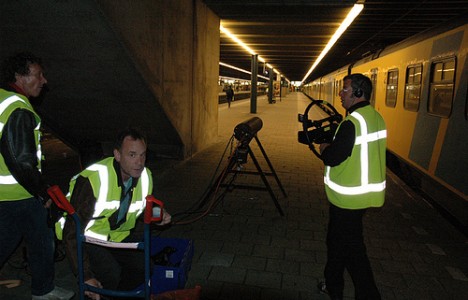 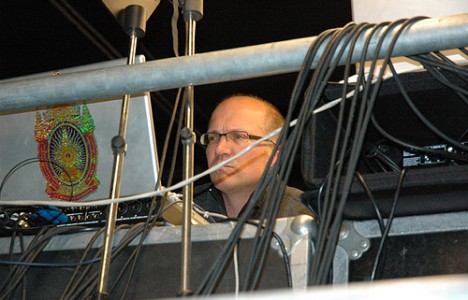 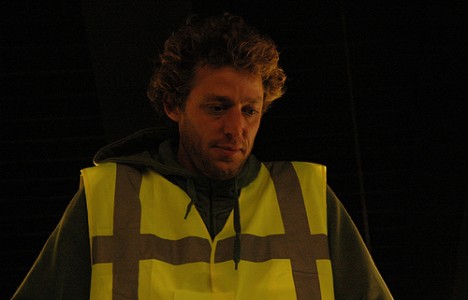 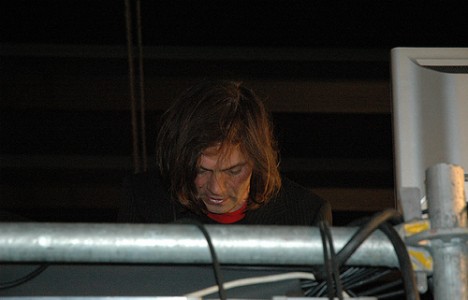