The exhibition is part of"To See the Sound", a festival co-curated and co-organized by TodaysArt at the NCCA.

After the successful TodaysArt editions in Japan and in the Netherlands, we are ready to wave good bye to the DePier of Scheveningen for now and to sail off to another land – Russia. Last week the multiprogrammed festival “To See the Sound” kicked off at National Centre for Contemporary Arts (NCCA) in Moscow and Moscow City Galleries Network co-organized and co-curated by TodaysArt.

The exhibition “The Dialogues of Light and Sound”, which opens on 8th of October, will focus on the interrelation of light and sound in the contemporary culture by the means of different kinds of art works.

The event is a part of the Special Program of 6th International Moscow Biennale. In the course of the exhibition’s program the audience will see the works of such artists as Daan Brinkmann [NL] + Nenad Popov [RS], Joris Strijbos [NL] + Daan Johan [NL], Joris Hogeboom [NL] + Teun Verkerk [NL], Evelina Domnitch [NL] + Dmitry Gelfand [NL] Yolanda Uriz [NL/ES], Andrew Hancock [UK], Arnout Meijer [NL], Elise Morin [FR] and others. If you are around – don’t miss the chance to experience this unordinary event with us! 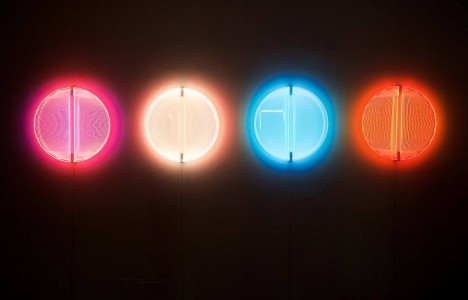 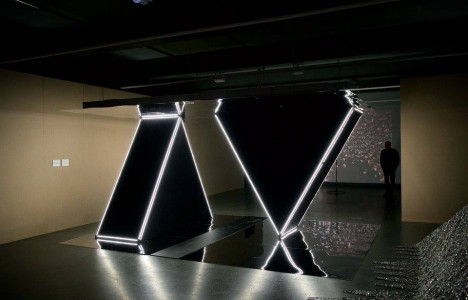 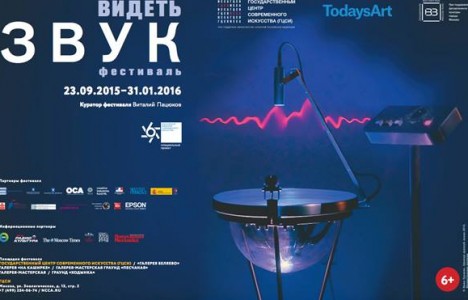 TO SEE THE SOUND festival is an organic continuation of a joint project of NCCA and TodaysArt, LUCIDA Space, which took place in January-March 2014 in collaboration with the Goethe Institute and Moscow City Galleries Network. While LUCIDA Space was mainly dedicated to the phenomenon of light, this time the main object of aesthetic reflection will be sound in all the multitude of its manifestations. Aesthetic images that simultaneously affect all senses are born out of the never-ending dialog of light and sound.

TO SEE THE SOUND festival will take place September through October 2015 at different venues around Moscow. The festival program includes exhibitions, performances, concerts, lectures and public talks with artists.

The central event of the festival, the Dialogues of Light and Sound exhibition, will open at NCCA on October 8th. It will present contemporary art experiments in the field of light and sound synthesis by famous artists around the world. Among them are Elise Morin (France), Andrew Hancock (UK), Liza Park (USA/South Korea), Evelina Domnitch and Dmitry Gelfand (Netherlands) and many others. The installation by Yolanda Uriz, Kulunka, can be considered the quintessential event of the festival. Sound waves set in motion the surface of water in a special vessel. Constantly changing images are projected with the help of LED lights onto a screen situated on the ceiling above the vessel (and the audience). You can observe this “universe” from special platforms that move in rhythm with the changing motifs on the screen.

A special guest of the festival is the world famous Norwegian theater Verdensteatret, might be translated as “theatre of the world”, which presents the Moscow premiere of its play, Bridge over Mud, synthesizing all art genres. This play is a performative philosophical parable about a living a life, resonating with Andrey Tarkovsky’s Stalker. The Russian premiere of the play will take place on September 24th at NCCA. The Exhibition Hall will be transformed into a unique stage space for a week, where with the help of cutting-edge technologies, sound phenomena, visual images, performance elements and acting, the audience will have the opportunity to “walk on” the metaphorical bridge of their fate in 60 minutes.

The topic of visualizing sound will be examined in the project The Optics of Sound at Kashirka Gallery, where you can “see” sound reflecting in liquids, metal, natural elements and even the human organism (sound therapy). The main idea of the Sound Moebius Strip exhibition (Belyaevo Gallery) is the eternal movement and return of sound to its original state. The Piano in Progress exhibition (GROUND Peschanaya) is dedicated to the study of a musical instrument as a multidimensional culture code, and the Visual Scores project at the GROUND Khodynka invites the viewer into the world of music scores that come to life and a gain a flexible visualization.