In our SELECTED series, we invite artists, curators and music lovers to create a selection of their favorite festival-related memories. Next up, artist duo Evelina Domnitch and Dmitry Gelfand, known for installations at the intersection of art and science. Evelina Domnitch and Dmitry Gelfand have shown several pieces at TodaysArt Festival over the years and their work continues to inspire us. Here they set out to revisit the performances and artworks from past festival editions that struck a chord with them.

William Basinski at the Grote Kerk 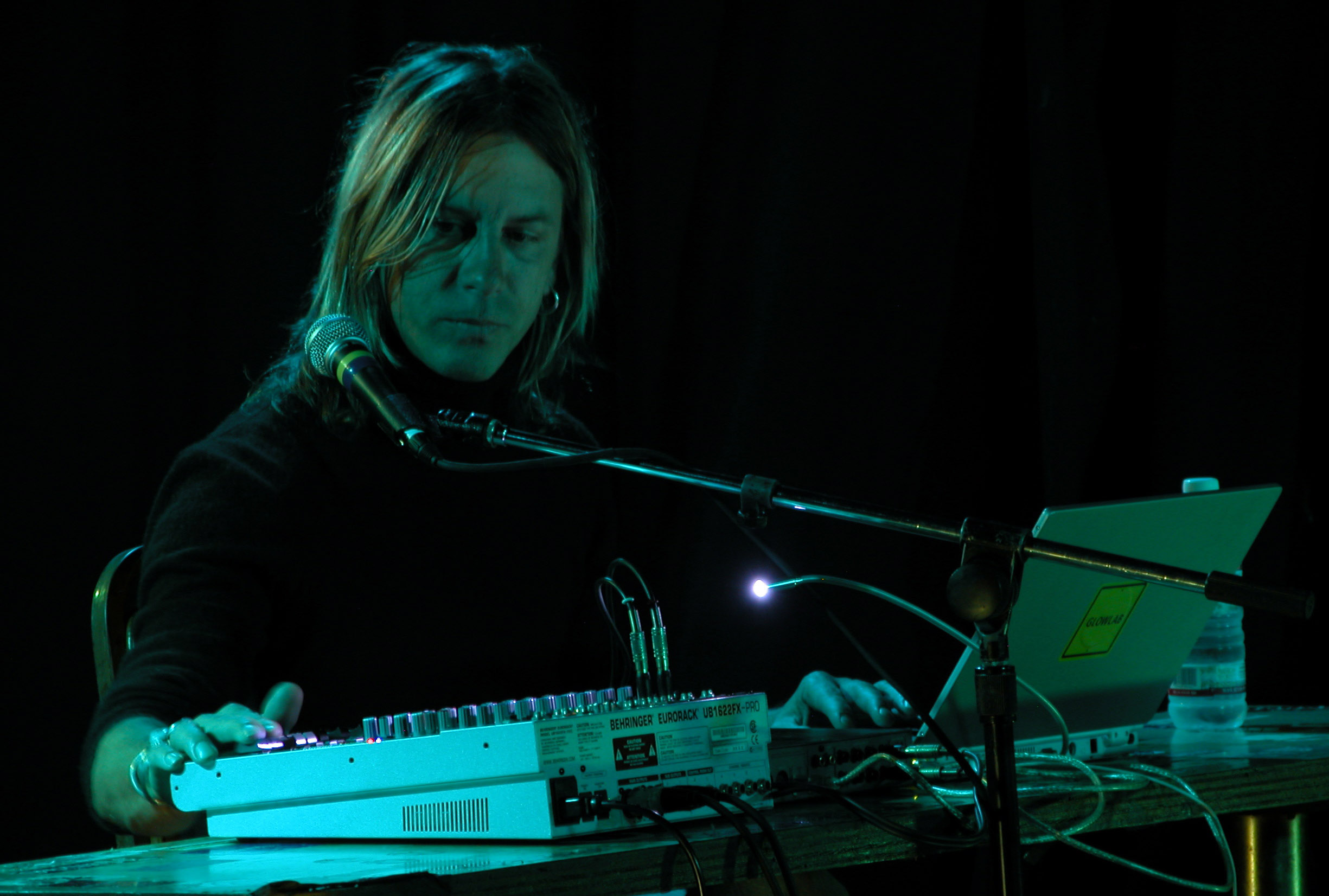 “The resonant body of the city’s largest temple was perfect setting for William’s amniotic sonorities. We have attended a few dozen concerts by the master and even performed together on a few occasions, and this one was admittedly among the most memorable. It was magnified by the tremendous scale of the festival in 2007, which took over the entire centre of the city with an upside-down hanging airplane and a sonic projection of a landing strip propagating across the main street of the downtown area.” 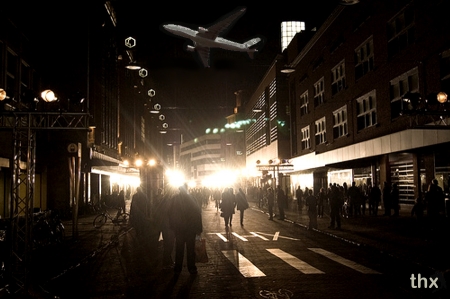 “One of the most daring sound installations/public space interventions we have seen at any festival. For the longest time it remained a trademark of TodaysArt. The Grote Markstraat —600 meters long— was transformed into a landing strip, using 36×6 individual controllable lights and 48 2000-Watt speakers, creating the experience of airplanes landing on the street. The runway connected the two main areas of the festival, with a total of more than 25 stages throughout the city. The Volharding building functioned as an arrivals & departures sign, all tied together by audio-announcements of ‘incoming’ artists in eight different languages!” 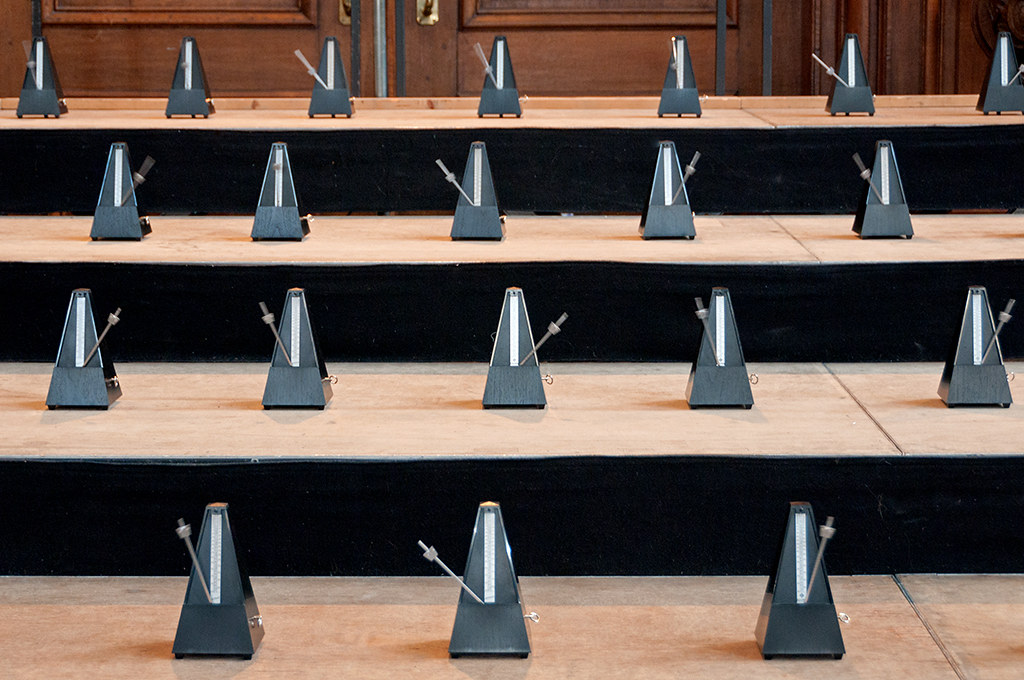 “It was such a treat to experience this legendary work of Ligeti set into motion within the warbling walls of Luterse Kerk. In the beginning the mind can perceive distinct rhythms and time signatures emitted from various points in space. Gradually, as more and more metronomes enter this palpitating composition, it starts sizzling until time seems to collapse upon itself – devoid of flow.” 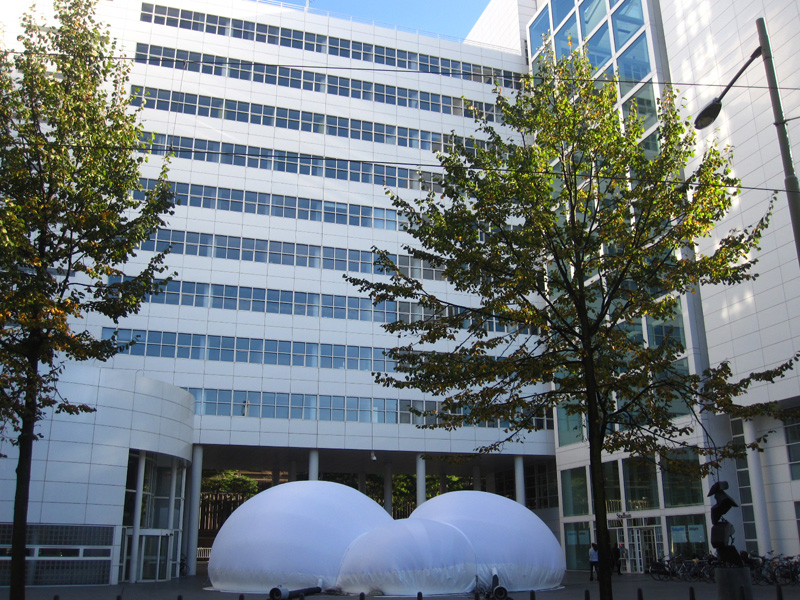 “Every time I  traverse the passage that cuts through City Hall, I remember the inflatable Sphaerae by Cocky Eek, standing there in 2013 for the 3-day span of TodaysArt. Shaped like conjoined soap bubbles, it had zippers for doors and quite literally sucked you in. Inside was a ganzfeld environment for a 100-person audience, with translucently glowing skin like a light-shifting installation of James Turrell. Cocky created Sphaerae as a performance space, to inspire artists to explore non-linear trajectories in our flat screen era. Ever since TodaysArt regularly had various dome-shaped spaceships landing on its grounds.” 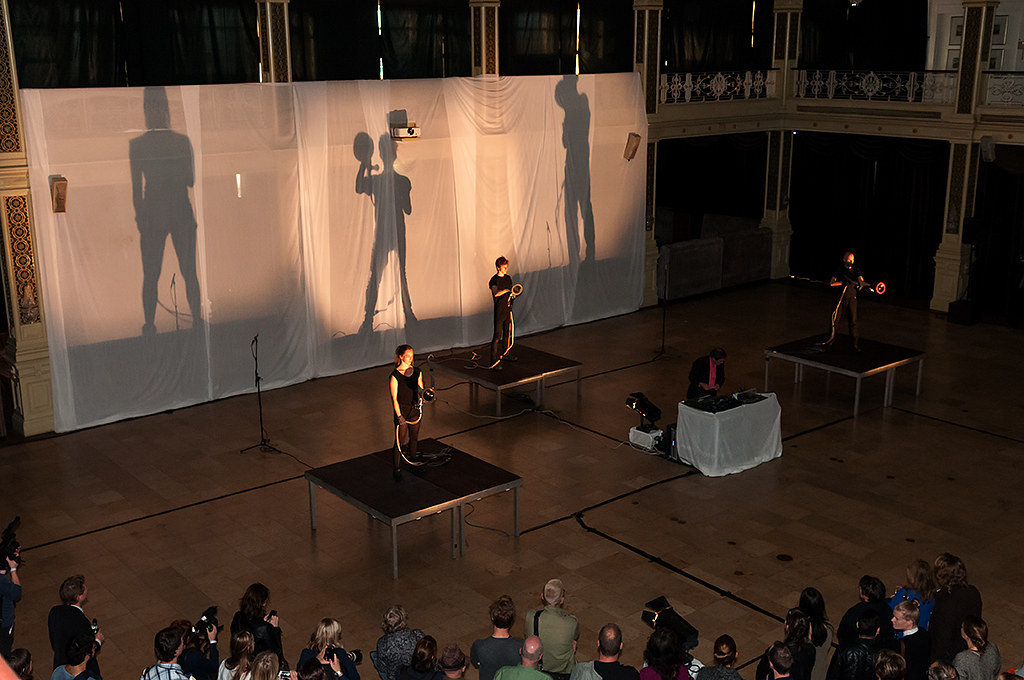 “In the Victorian cavern of Scheveningen’s Kurhaus the opening ceremony comprised an offering of three rotating speakers. Gordon Monahan’s physically demanding sono-kinetic performance, Speaker Swinging (1982) was stunningly executed by three great artists/instrument inventors in their own right, Mariska de Groot, Dieter Vandoren and Philip Vermeulen.  Each of these precarious intonators was tied to a long cord and twirled above the head of the performer for about half an hour.  Both the dry-cleaned officials and the bohemians were equally spellbound.” 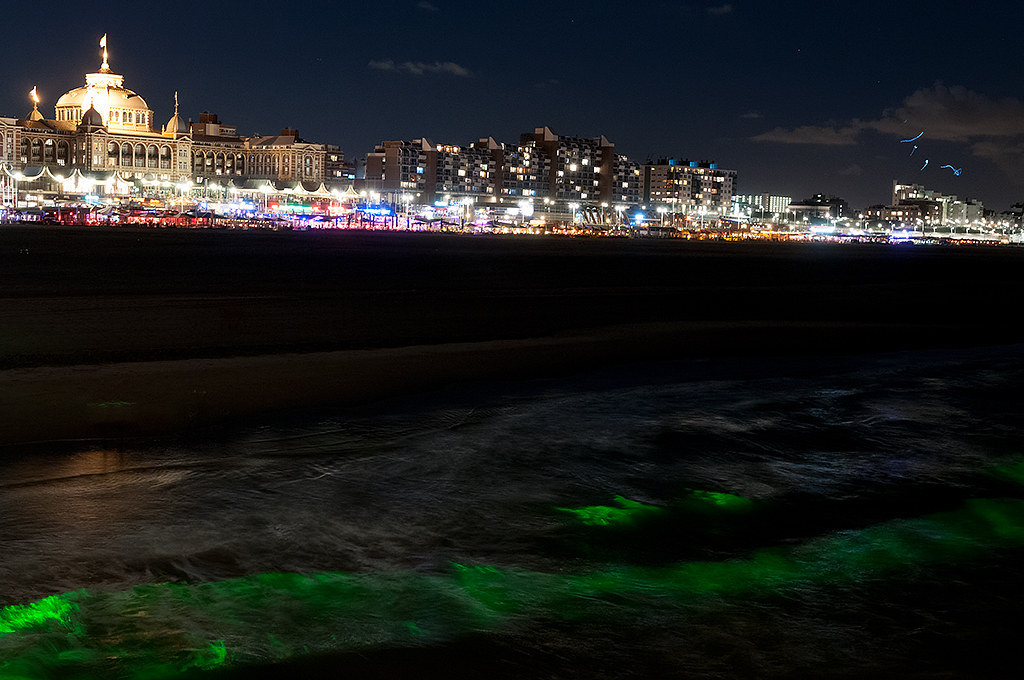 “The topic of TodaysArt 2015 was the utopian Zero Group exhibition planned to take place on the Scheveningen seaside 50 years prior.  Though it never took place, the concept was reignited that summer at the same location by contemporary artists, in tandem with a Zero retrospective at the Stejdelijk Museum in Amsterdam. The artwork that most poignantly embodied the Zero spirit  was a 400-meter long laser sweep diffracting though the beachfront waves. As if imbued by bioluminescent plankton, this artwork was our absolute favourite at TodaysArt by virtue of its amalgamation of natural forces and hyperreality.”

“Usually we dread art conferences, official speeches and artist talks. The writer and philosopher Patrick Heally bypassed protocol by choosing to read from the book “De Markies van Water” by Hilarious Hofstede. Written in a nonexistent language, a modern-day esperanto, this bombastic book is a soft drive that conjures water reflecting all our words back to us. The talks were held in a glass flying sauser, a former casino, levitating on the edge of Schevinengen pier, amidst the vastness of the Northern sea.  For this timeless duration, everyone in the audience was completely transfixed, and the stupor lasted for quite a while afterwards. The next speakers had a hard time presenting their straight-laced powerpoints after such verbal upheaval.” 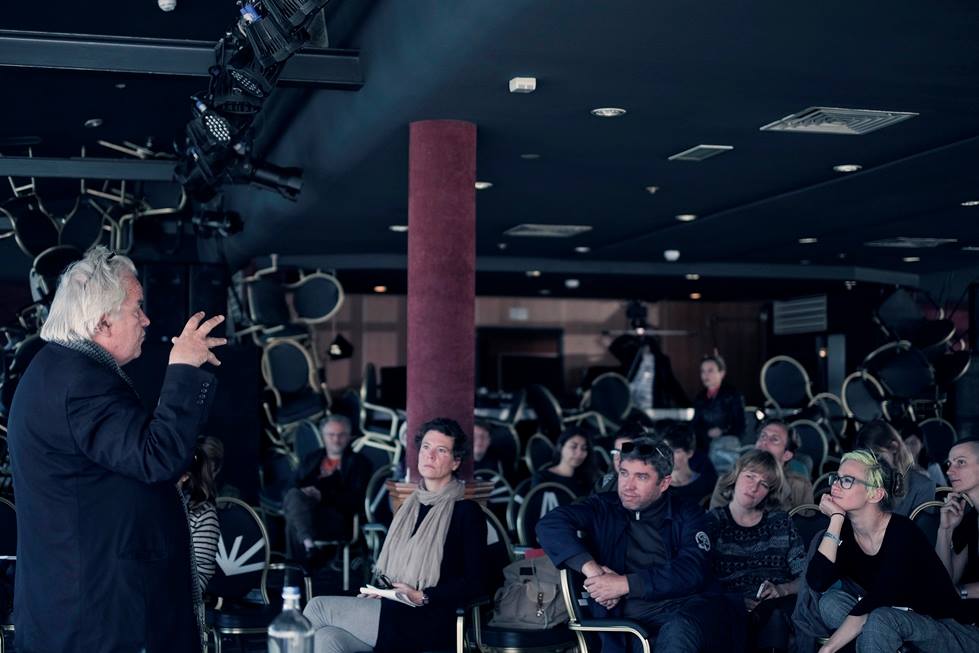 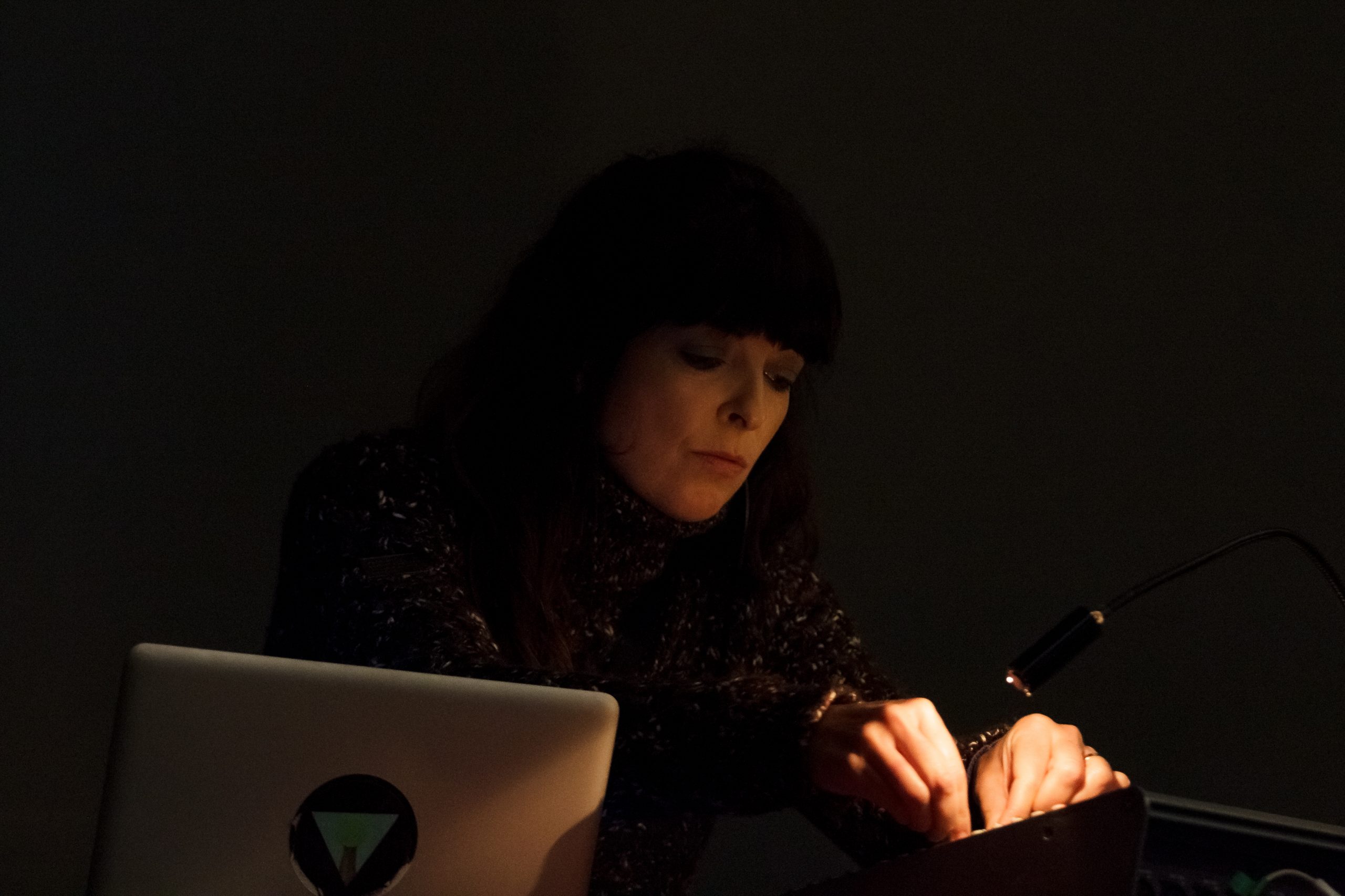 “Barbara Ellison’s performance at the SAT Dome was  a hallucinatory melange of ancient interlocking rhythmic structures and micro-hybridised speech automata. The transcendent richness of textural and spectral elements evokes a runaway neural network tapping into an exquisite sound library spanning the entire history of profound listening.” 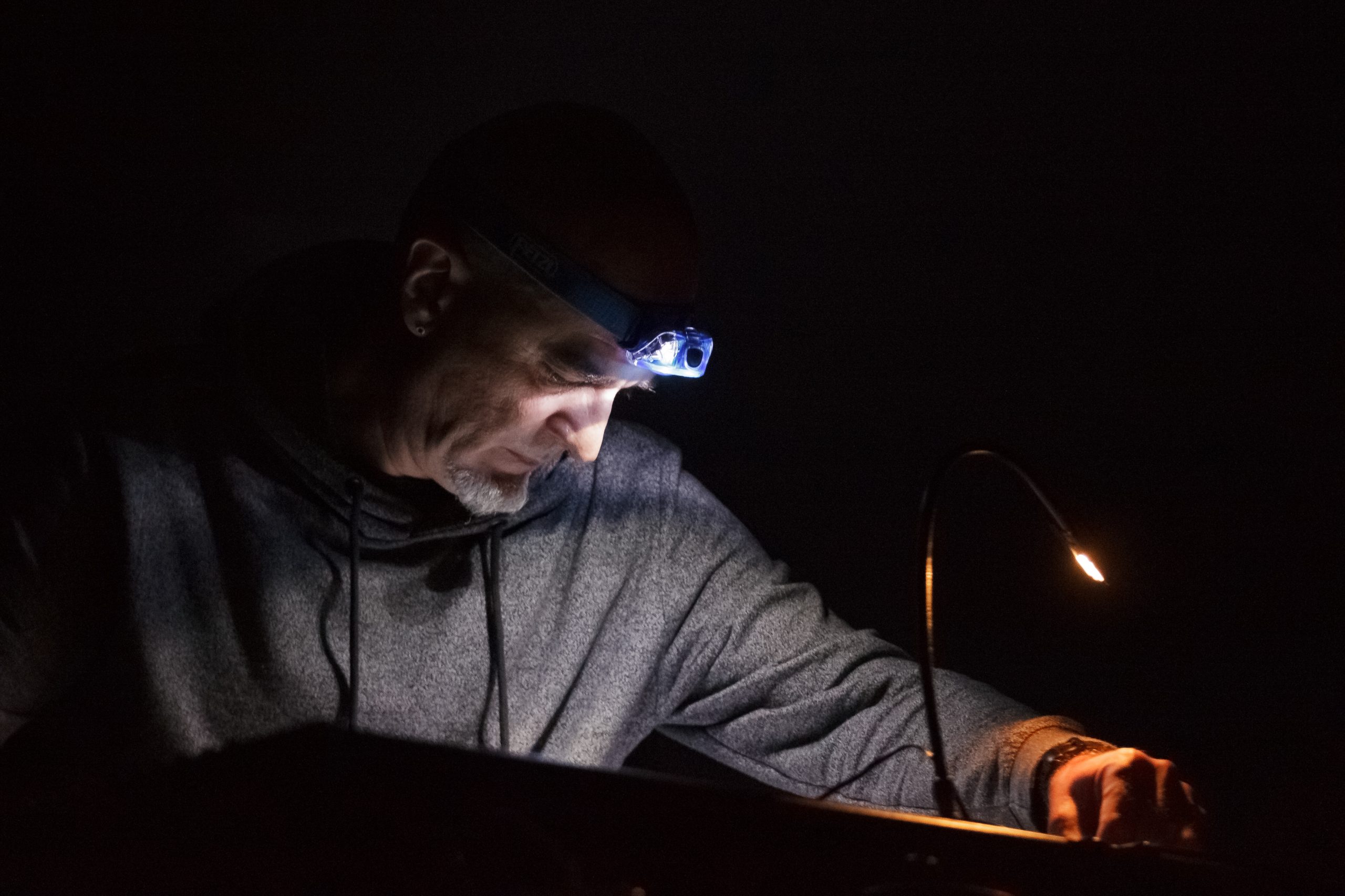 “Aural phenomenologist and weaver of parallel universes, the Hague’s own Francisco López orchestrated an unmitigated perceptual avalanche in the SAT dome. This blind-folded performance unleashed swarms of sonic aerobots navigating through clockwork labyrinths as they implosively flutter their pinprick wings.” 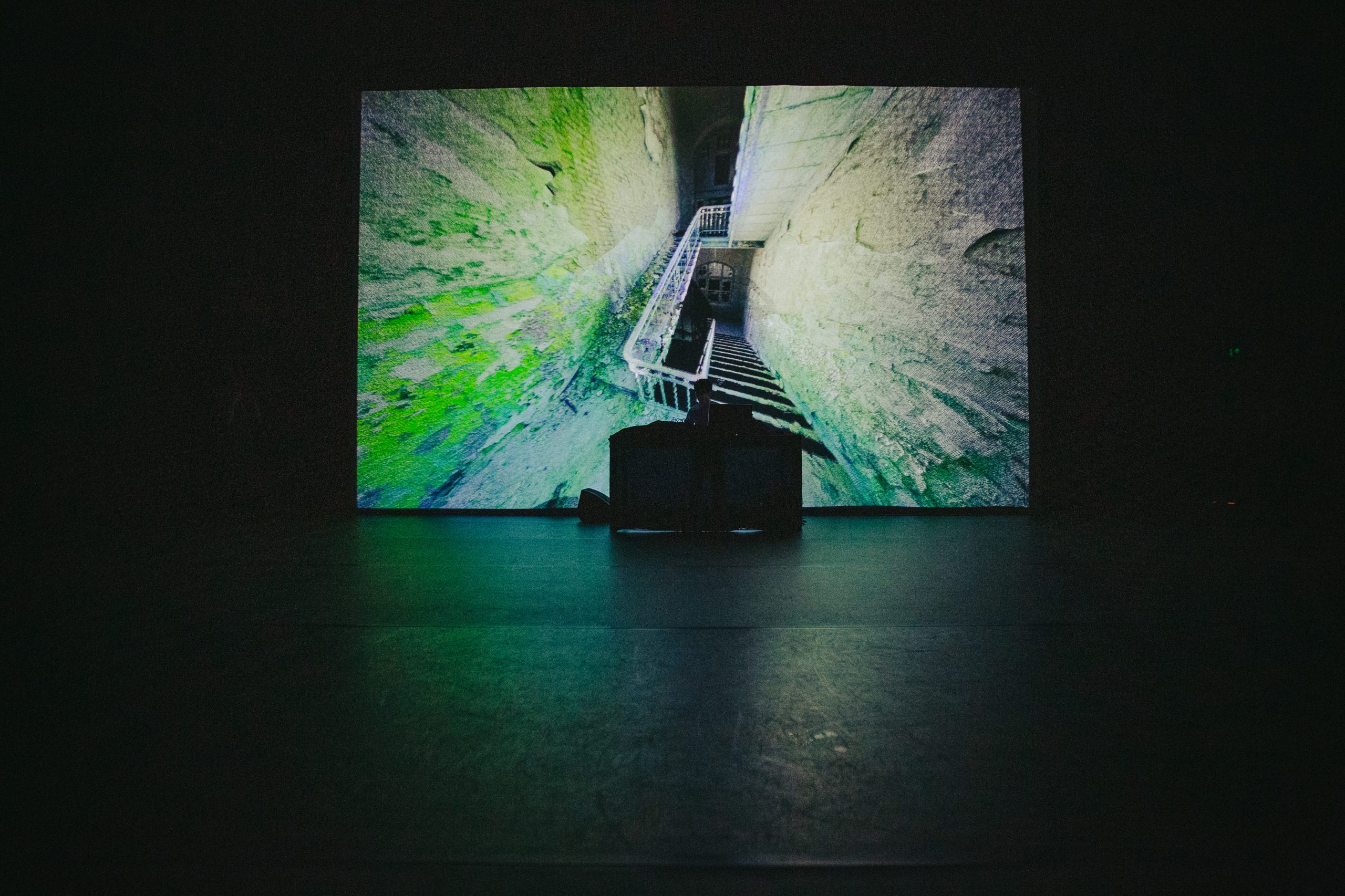 “Heavy heartedly facing the current imbroglio of mass deforestation, Kurokawa jettisoned the audience onto a sobering precipice peering over the ruins of the anthropocene. Yet underlying the irreversible plight of technocracy, the riveting resilience of the biosphere emerges like a blinding x-ray of the tree of life.” 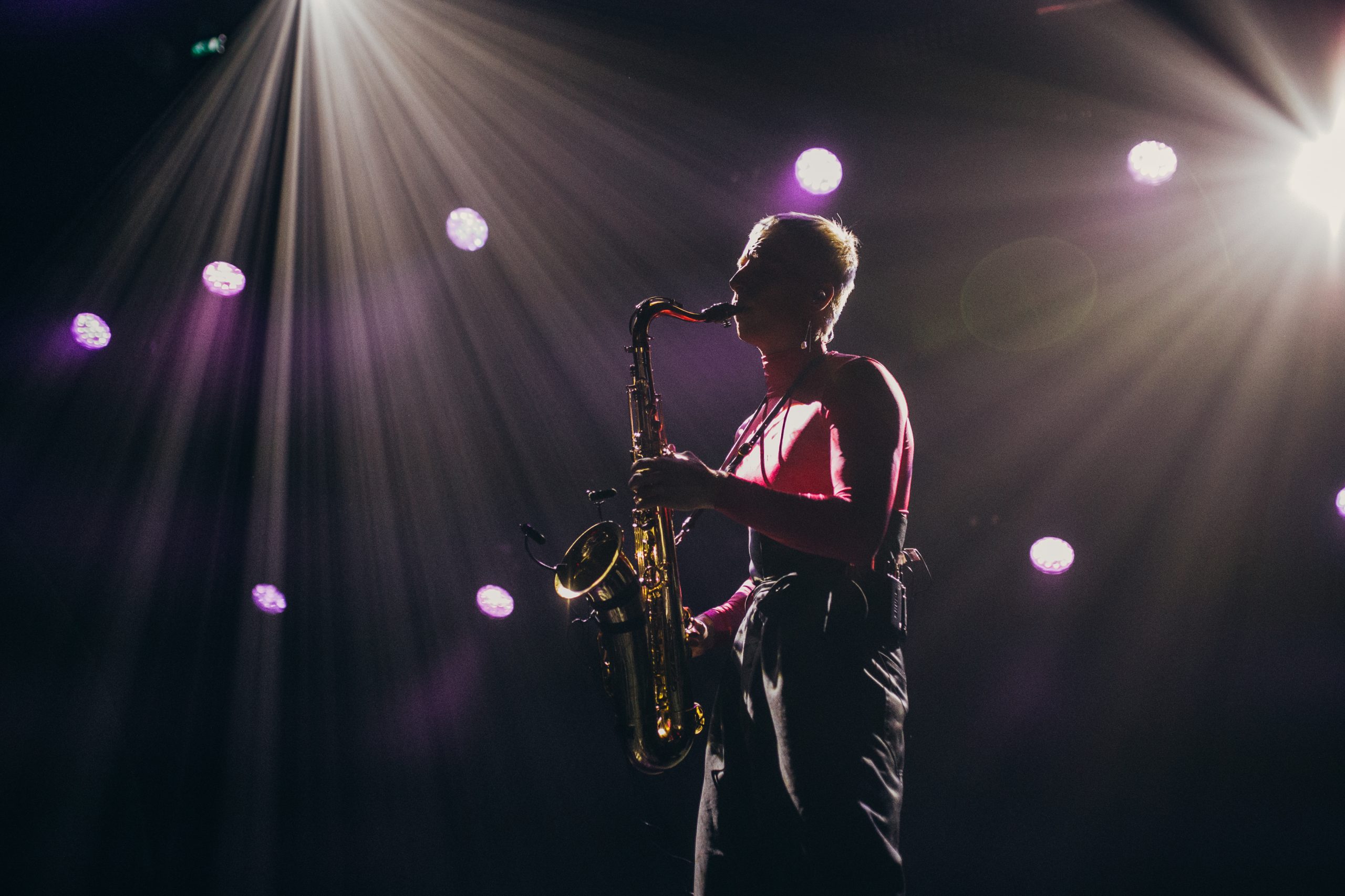 “Expecting to enter a typically deafening main stage cacophony, we instead encountered a soft-lit soloist in tight pink attire soothingly blowing his brains out. Somewhere between Terry Riley’s take on Carnatic music and an amphibious saxophone sequencer, the virtuosic playing of Bendik Giske truly tickled our ears.  Great discovery!”

More about the artists in this video.