Matthew Schreiber presented a unique work at TodaysArt Festival 2019 conceptualized specifically for De Electriciteitsfabriek. Here he shares insight on his references, inspirations and what festival visitors could expect from experiencing his piece.

When did your fascination with light start?

When I was around 5. My family would take me to Ontario Place in Canada, a Science Center where they would demonstrate technologies like lasers cutting steel, etc.  I also really liked fun houses, amusement parks and novelty stores like Spencer’s Gift Shop.  All of these things would have a spectacular or magical presence that attracted me.

When did you start building laser installations? How?

When I was about 7 years old, I investigated building my own HeNe Laser, but it was too expensive and difficult.  Later, when I was around 16, I made my first laser installation in my physics class in high school, using dried ice and music from Wendy Carlos.  In college I started to specialize in holography. I still have a very fine holography lab in my studio, and this really is the center of my work.  The holograms I make are true “wave-front reconstruction holograms” that are made with lasers. My more refined laser installation comes out of my work with holography. 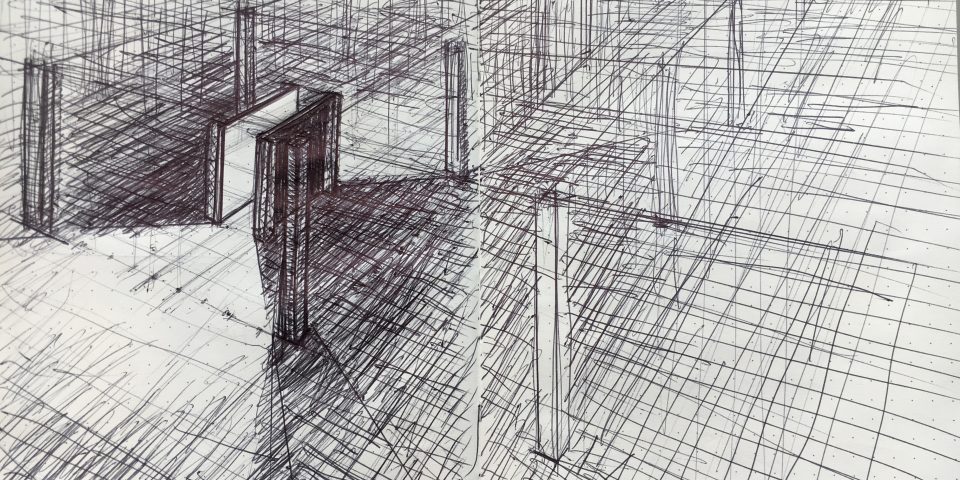 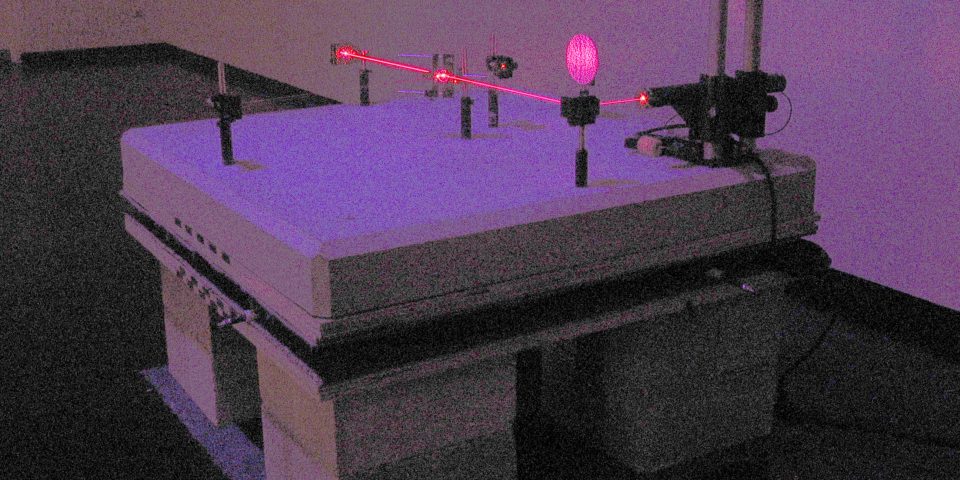 How has your process evolved during the years? And the technology available to you?

When I started to go to art school, I studied a lot of art history.  This is an endless process that continues to evolve and inform my work.  “Technology” is not that interesting to me, except for its cultural significance.  On the other hand, “Science” is very central to my work.

Where do you draw inspiration from?

Right now, I am on a trip around central Florida where you can find fresh cold-water springs, and Manatee swimming around.  This is amazing and will influence my work. And the book I’m reading right now called The Holographic Universe. So for me inspiration is constantly changing, daily.

You work with light, what is then the position of darkness?

To control light, you have to have an equal amount of control of darkness. It’s the only way it works.  I also like the idea of darkness, specifically in popular culture.

What are you trying to explore with your work?

Currently, I am trying to clarify my early childhood influences and interests.  I grew up in a lower-middle-class family in Cleveland, Ohio in the 1970s. It was a very dirty, grey, rusty sort of time and place.  Early video games, amusement parks, tv, movies, fantasy, fun houses, sci-fi…all low pop cultural influences are where I would escape to.  Since then I have learned about and worked within the highest refined culture, but I realize the low is where I come from and I happily embrace this.  More specifically, I think that “light art” tends to drift towards the sublime, exalted, or the spiritual. In situations where I consider myself a “light artist”, I think I come from a different place.

What was your approach for your work for this show?

I tried to take a look at the De Electriciteitsfabriek and find some context I could work from.  I read as much as I could find about Adam Schadee, the factory Architect.  The space is beautiful, and I did think about the piece as a sculpture in its form based on the site. But in the end, it was the theme of consciousness that really did it for me.

Tell us a bit about the piece you showcase at TodaysArt Festival.

I have been reading a lot about sensory deprivation or isolation tanks, and most specifically about the work of John C. Lilly. He developed the first isolation tanks in the 1950’s and 60’s, which led to the study of human-dolphin communication  along with prolonged LSD experimentation.  I have personally worked in a large isolation room at the School of the Art Institute of Chicago for several years making holograms.  And I developed the software and programming of James Turrell’s Perceptual Cells. Most specifically I produced a programming method that uses brain-wave “entrainment” through strobing light and binaural audio to approximate a forced meditative state. 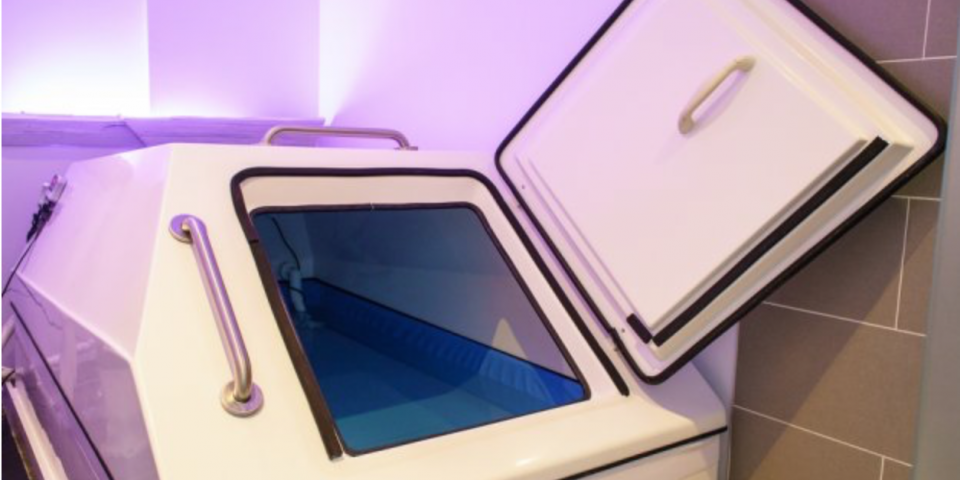 An earlier light work of mine, Pipeline (Tokyo Blue), 2006, was a 120’ long curving deep blue corridor that was directly influenced by the Corridor works of Bruce Nauman.  I am very interested in how Nauman was forcing an oppressive physical condition on participants in these works.

The installation at TodaysArt Festival is combining the physical state forced by the corridor, the entrainment forced meditation programming, and the subliminal dolphin imagery, to over-stimulate participants senses. 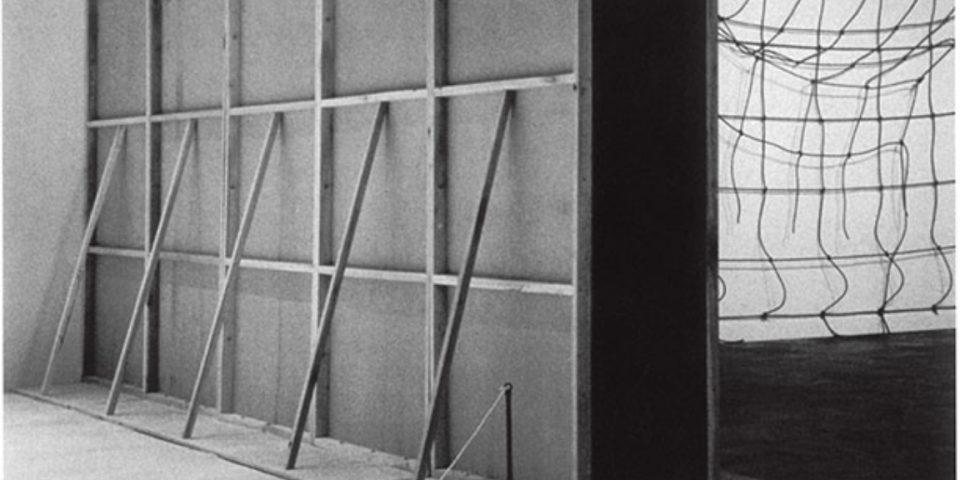 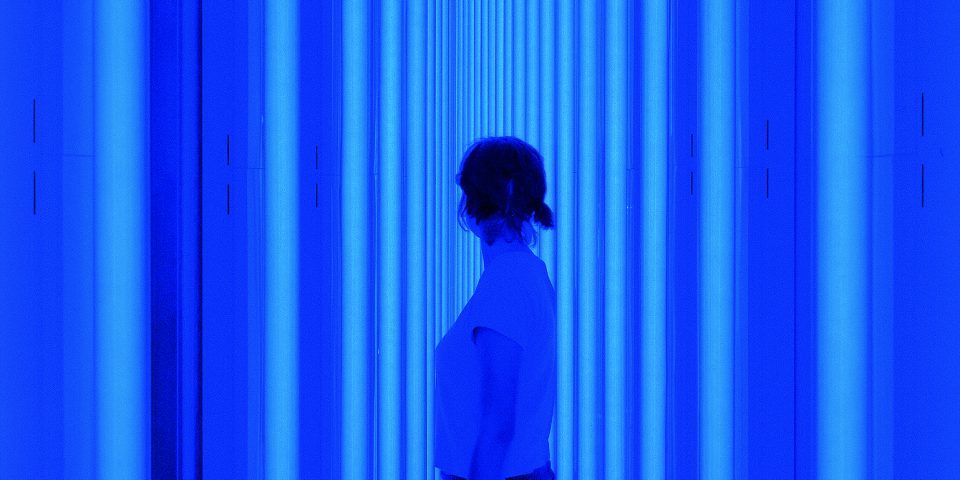 The installation is part of an on-going series of manipulated video work.  This piece consists of a corridor made of LED panels and sound where subjects walk into an extreme compressed space and experience strobing video and light.  The video consists of manipulated footage of dolphins swimming at EPCOT Theme Park (Part of Disney World), that I worked on this summer with my son Willem Schreiber.  The imagery is completely abstracted by the video strobing, the participants proximity to the LED panels and the very low resolution of the video footage.  The sound, heard with headphones, is a binaural sine-wave sweep synchronized with the video strobe. 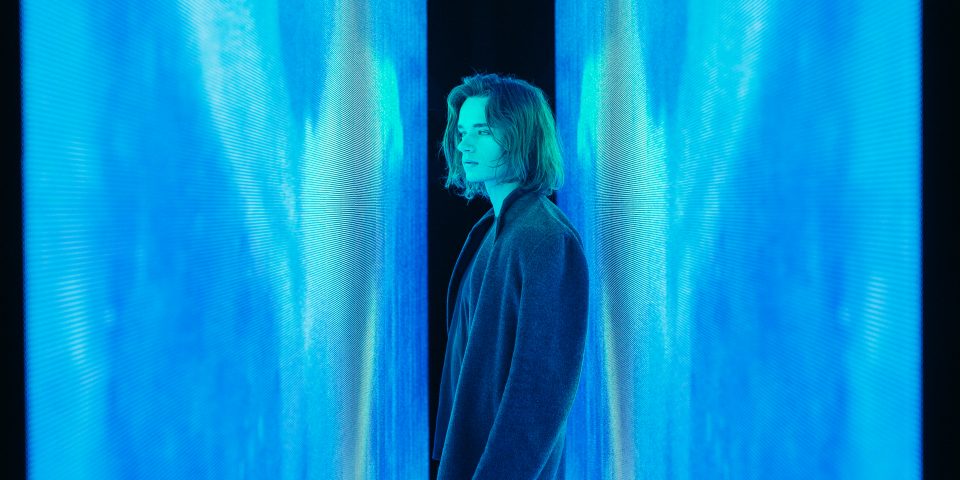 This article was first published in TodaysArt Festival 2019 magazine on the occasion of  the festivals 15th edition September 19-22, 2019. Matthew Schreibers installation was on display for the entire festival weekend.

For more impressions of the exhibition at the festival take a look at our photo gallery.